Uber and Lyft are two big companies that made a huge splash with their IPOs recently, but it remains to be seen whether either will become profitable.

Both have posted billions in losses so far and it doesn’t seem like that will change any time soon.

With that in mind, it makes you wonder why so many investors pay tons of money to invest in IPOs as soon as they can. I mean, what’s the big deal?

In today’s show, I’m going to dive deep into this topic and provide some academic data that sheds light on IPOs. Once you know more about them and how they’ve performed historically, you may come to see IPOs for what they are — an exciting event that will more than likely cost you money if you get involved.

Listen to today’s podcast episode by clicking on the links below:

Please leave us an honest review on iTunes: Click Here From Your iPhone

Should You Get in on the Next Big IPO?

If you’ve been paying attention to investing news over the last few years, you’re probably aware that several huge companies including Uber and Lyft have moved forward with an IPO. Whenever this happens, this means that a private company that was previously out of reach for regular investors decides to take their company public. And, once an IPO is underway, regular investors like you and me can buy and trade their stock.

Uber was an especially interesting IPO to watch, since the company has become such an integral part of American life. The rideshare firm was originally funded by a well-known venture capital firm known as Benchmark — and yes, that’s the same one that funded Twitter, Zillow, and several other popular technology start-ups. Uber was also funded by Fidelity Investments, and this combination of initial funds helped the company get off the ground.

What’s interesting about Uber is that they’re not profitable — and they never have been! In fact, Uber reported $1.8 billion in losses in 2018. It’s hard to imagine why anyone would want to invest in a company that is bleeding money despite its dominance of the market, yet that’s exactly what is happening.

Then again, Uber is still a “young” company, so they have plenty of time to turn things around. Will they? That’s an entirely different story, but nobody knows for sure.

Why Do Companies Go Public?

If you’re a fan of the ABC show Shark Tank like I am, you have probably heard all the sharks talk about the importance of an “exit strategy”. What this means is, they prefer to invest in ideas or products they can eventually unload somehow.

Here’s a good example: The founder of Ring, a home security company, was on Shark Tank and didn’t get a deal. Eventually though, Richard Branson caught wind of the company and got in as an early investor. In late 2018, Amazon.com purchased Ring for $1 billion dollars. Now, that’s an exit if I’ve ever seen one.

Another type of exit is an IPO, which involves taking your company public so that regular investors can buy in. But, why do companies go public? There are a few different reasons. First, big companies require cash flow to expand and build systems so they can grow their market share, and going public can provide them with funds.

Second, IPOs allow the owners and the initial private investors of a company to finally cash in all the hard work and risk they put in.

Keep in mind that many beginning investors stand to make millions overnight when a company goes public, and this is a huge incentive.

If you purchased Lyft stock during the IPO, you’ve lost about 34% of your investment. Uber stock, on the other hand, is down around 18% since it went public.

That sounds awful, but that doesn’t mean either stock is a poor long-term investment. Remember that both Uber and Lyft are on short timelines, so you never know what will happen. Also, keep in mind that an initial drop doesn’t mean prices will stay low forever.

A good example of this is Facebook stock, which dropped 50% after their IPO but now trades at over $185. In May of 2012, or seven years ago, you could buy stock in Facebook for a little over $38 per share.

But there is some real data on IPOs that provides more insight than just looking at the biggest public offerings of the last few years. Professor Jay Ritter from the University of Florida has studied IPOs for years and he makes a variety of information public on his website.

Here are a few of the juiciest stats:

However, these numbers may not be entirely representative of what you can expect. Ben Carlson, who blogs at A Wealth of Common Sense, points out that the average first day return is likely skewed by the dot com bubble that took hold in the ’90s. If you skip over the crazy dot com years, the average returns would be much lower.

Also, get this: According to Ritter’s data, the average three-year return for IPOs lagged the market by about 18%. This means you would have been better off investing in low-cost broad-based index funds versus an IPO if you were investing over a three-year timeline.

Should You Invest in an IPO?

You might think investing in a big company you love is exciting, but I personally think it’s overrated. Even IPOs held for the long-term under-perform the markets, and there is plenty of academic data to back this assertion up.

With that being said, I’m a big fan of cowboy accounts — or “fun money” accounts that make up less than 5% of your portfolio. You can consider using a cowboy account to buy individual stocks, Bitcoin, or an IPO — but only if you have a concrete financial plan and an investment policy statement.

In other words, don’t buy into an IPO just because your neighbor, friend, or colleague says they think it’s a good idea. And don’t buy stock because you have a severe case of FOMO — fear of missing out.

The best investment plan is a boring one and that’s why, when it comes to IPOs, I’m sitting out. 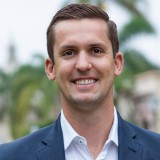 I'm a CERTIFIED FINANCIAL PLANNER™ professional in San Diego and the founder & CEO of Define Financial. When I’m not perfecting financial plans, you can find me traveling with my wife and two sons (Sawyer & Sutton), searching for the next best carne asada burrito, or trying to master Adam Scott’s golf swing.